This collection of science fiction fantasy tales for young adults is an absolutely fascinating read. Moving between intergalactic warring Merfolk to a community suppressed and controlled by an all powerful company; from life and death game-playing teenagers, to lost-in-space explorers, Conclave is a collection of intense adventures.
Amazon.com

At Conclave Manor, land-trapped Mermaid Thala Tellurian struggles to accept her privileged life while battling her self-obsessed Uncle in any petty way she can. Isolated and forbidden to delve into her family’s bloody past, Thala longs for change. So, when visitors from a rival pod reveal a hidden agenda, Thala dives straight in. But it’s not until she’s face to face with her family’s lifelong enemy that she realises she’s in terrifyingly unfamiliar waters.

Rowan knew nothing about the secret in his DNA until he found himself on the Terrean team bound for Conclave Seven, the universal Games held every millennia. But on the eve of the Games, knowing he’s a direct descendant of the warrior Spartacus is looking less like a gift and more like a death sentence…

Born into captivity, Doze has spent his life behind the Fence, so when staying there is no longer an option, he takes a chance to see if another life is possible. An experiment on the loose from ConClave Corporation, Doze helps his travelling companions to avoid capture, and discovers that there is no sacrifice too great for freedom.

On the Conclave Pacifica, a spaceship in a fleet heading to a new world, Peach forges an online friendship with Araxi, who is travelling on another ship. But, wildly off course and under pressure for resources, the future of the Conclave Pacifica looks uncertain. Could Peach’s new friend be the answer to her survival? 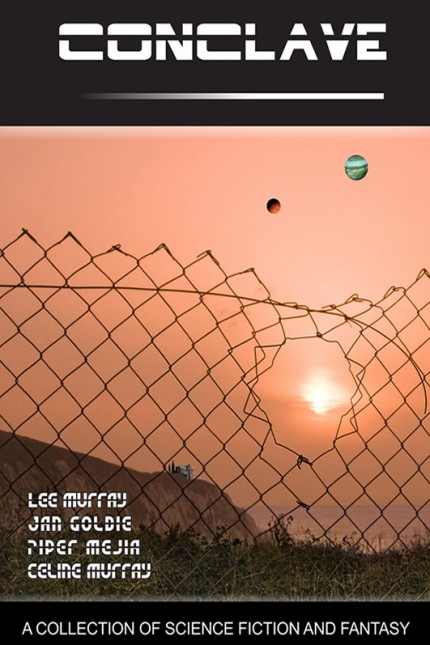